The Watch Party Sponsor level is available for $2500 and includes recognition during the Big Slick Virtually Talented Show broadcast on June 12th as well as on the Big Slick website. Host a watch party for up to 10 people and enjoy the exclusive 2021 Watch Party Host Pack that features great items from some of our hometown KC favorites.

Each watch party pack includes liquor, wine, beer and snacks along with exclusive 2021 Big Slick items, such as a high end carrying tote, a small storage crate, event cups, koozies & barware. And our hosts! OK, well not our *actual* hosts ... but limited-edition photo heads of our hosts! It will be like the guys are at your party. Watching with you and your friends. Except not really. But think of the photo ops (and post those photo ops)! And the children! It's all about the children.

2) Pick up your Watch Party Pack from June 9-11 at Made in KC Plaza Marketplace on the Country Club Plaza in Kansas City, MO.

*These Party Packs are In Store Pick-Up only!

*Be sure to sign up to be a watch party sponsor by Tuesday, June 8th to secure your Watch Party Pack for the Big Slick Virtually Talented Show on June 12th!

Thank you for your support of Children's Mercy! 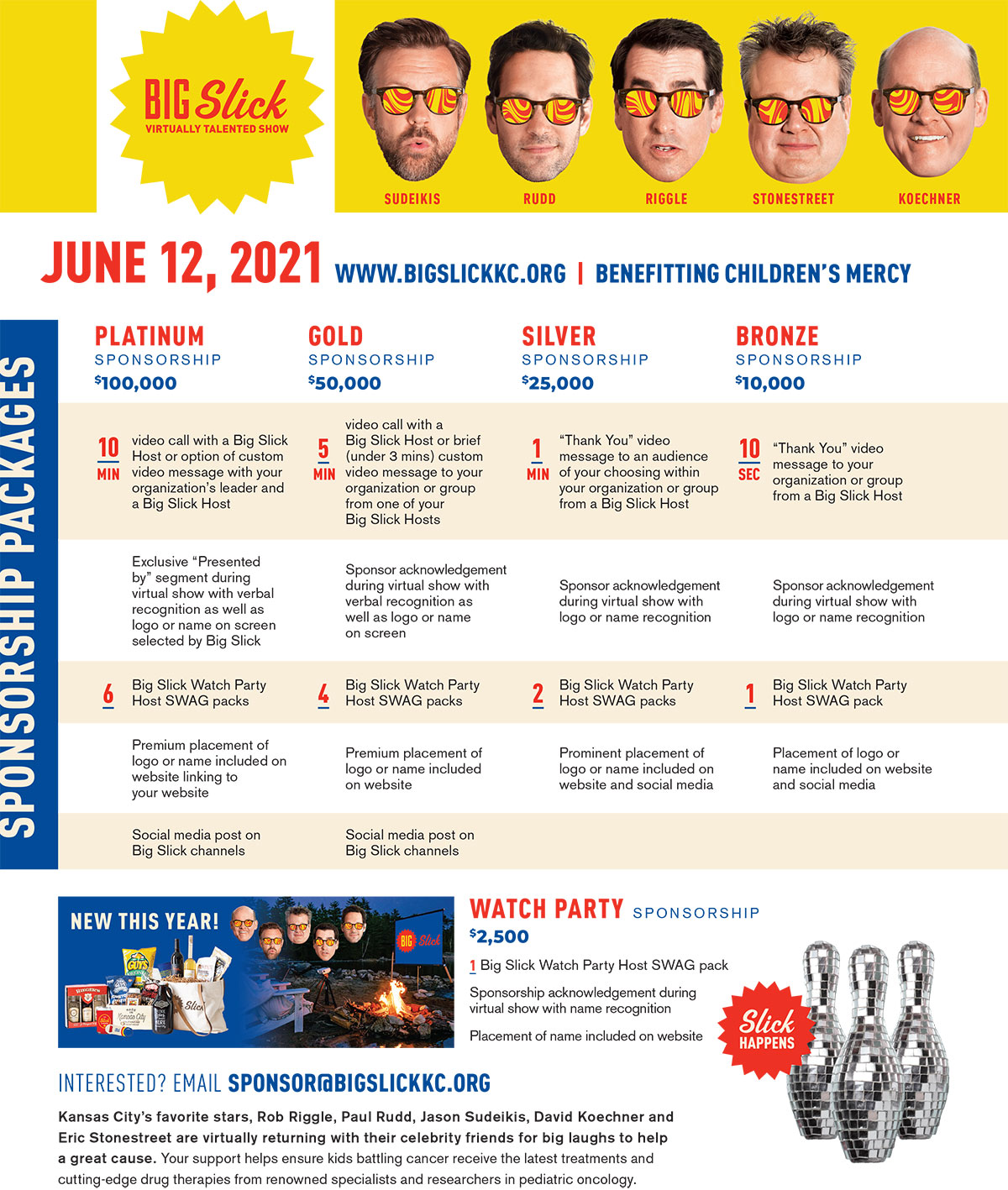 Reach out to us at sponsor@bigslickkc.org with any questions.

Thank you for your support of Children's Mercy!